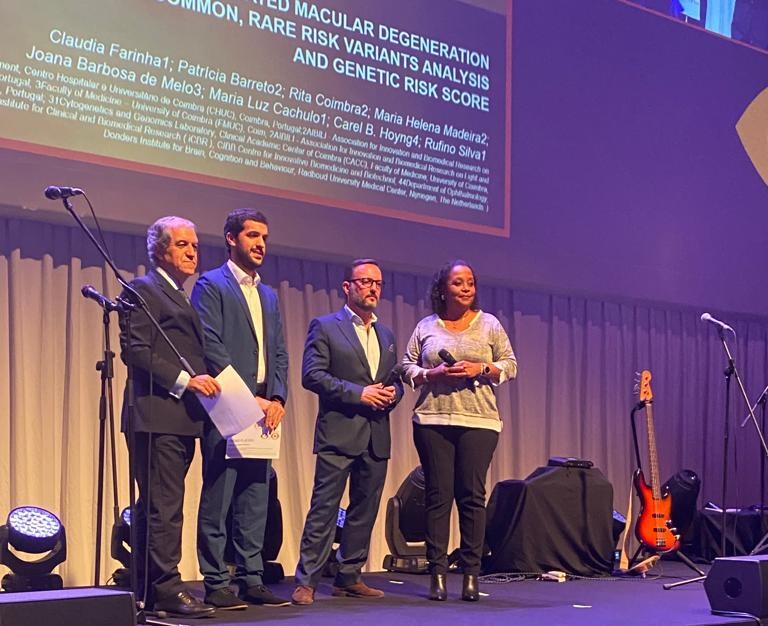 Congratulations to our Investigators Cláudia Farinha and Patrícia Barreto that were awarded with the Prémio Plácido during the 64th Congress of the Portuguese Ophthalmology Society with the paper GENETIC CHARACTERIZATION OF AMD IN THE COIMBRA EYE STUDY – Common and Rare Risk Variants & Genetic Risk Score (GRS) .

This is the first genetic study in AMD in a Portuguese population. According to our results, several variants were found to be associated with the presence and progression to AMD in our cohort, while others were protective. Furthermore, damaging rare variants in the CFH gene were cumulatively more common in AMD patients and the GRS was significantly different between AMD and non-AMD individuals. Our study adds new information regarding the genetics of AMD in a European population, which can be used for comparison with other populational cohorts and further expand the knowledge of AMD pathophysiology.